Recently my friend asked me one question regarding how to interpret the loops in the recursive functions. At first I thought it was fairly easy to understand. Until I dive into the problem, I found it was actually quite challenging in understanding the order of function executions. Today, let me summarise my thoughts about this problem.

Jump to the conclusion if you would like to skip the analysis and directly hear my advise.

printNum() functions are recursively called in a for loop within the function and it loops 3 times.

In the end, it prints

Now here is the problem, how does the program executed?

Apparently, in the main() function, printNum() is only called once. So we may consider it as a parent node of all the recursive functions, denoted as f(0), where f() refers to printNum(). This is the 1st level. 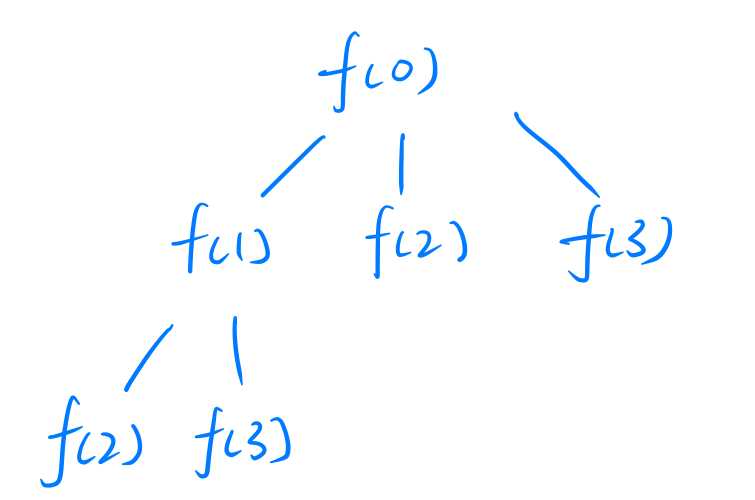 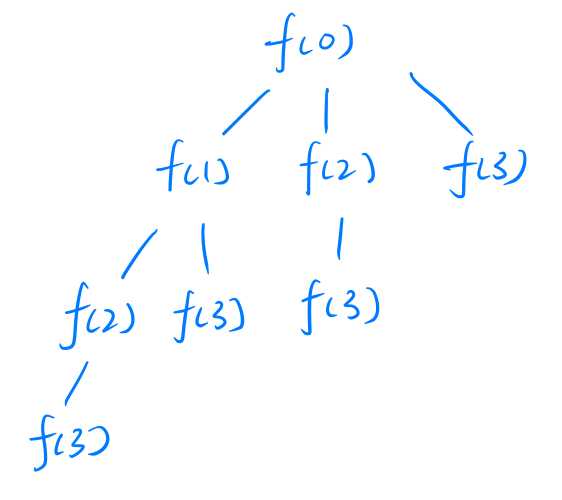 Now we have a complete diagram of the structure about the recursive functions called and it only left the order of executions.

This is the most Tricky part.

Some people may think that only when all the loops are executed in this level, can the code in the NEXT level can be excuted.

This is not correct.

The illustration is shown below. The function circled in green color can be executed only when all the functions circled in the red color all complete execution. 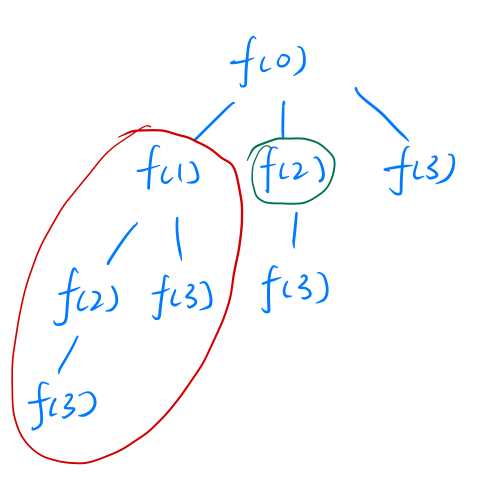 Therefore, the execution order of the functions can be determined as below. 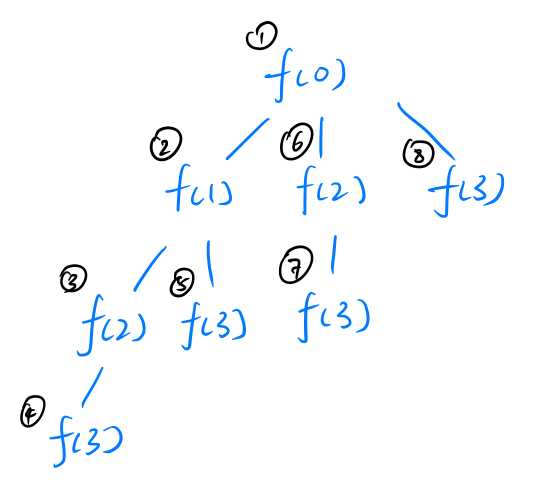 Finally, we can now determine how the numbers are printed.

At this stage, we must know WHAT number will be printed in the current function.

System.out.println(num); indicates that the variable num is printed. The value of num is passed from the parent function (which calls the current function). Hence, all the print function in the loop should print the same value.

In the following illustration, p() denotes System.out.println() function, and the value inside denotes the number to be printed. 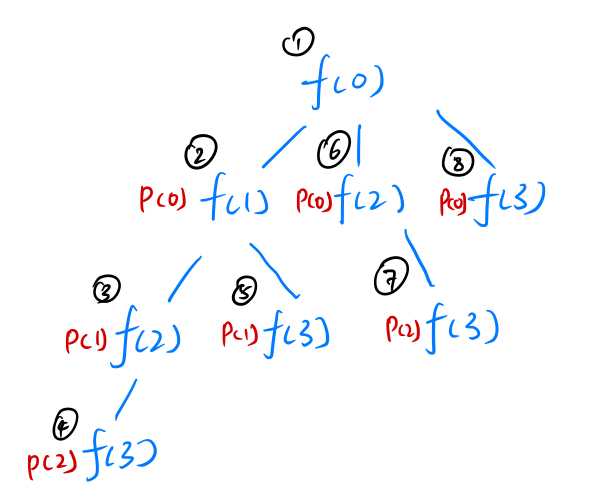 Hence, following the order of execution, we can get

The questions like this one are quite tricky as you need to identify the correct order of execution and correct value to be printed. Also, the dynamic start condition of for loops makes it more complicated when analysing.

After analysis of the problem, I summarised my thoughts and recommend a way of interpretation.